PRECAUTIONS AND REMEDIES FOR SWINE FLU

With the change of season, especially during the onset of rainy season after summers, swine flu .dengue and other infectious diseases become more rampant. Swine flu is a very dangerous and infectious disease and if not controlled in time it can also prove fatal. It origin is basically from an infected swine and when that pork is consumed or when the faeces of the swine are spread in the fields /roads and lanes and carriers take them to humans. It also spreads from the droplets of sneezing and the phlegm of a patient to those around him and so on is spread all over.

The symptoms are quite similar to influenza like, shivering, fever, sore throat, cough and congestion in the chest, body aches and muscle cramps .feeling weak etc.

The swine flu virus spreads very fast as it resides and develops I the respiratory tract, any form of sneezing/ coughing /blowing ones nose, or the victim rubbing his nose and then touching any object all become infected and are carried to the next person who comes in contact with the droplets or items which have traces of the virus .One must always cover his nose and mouth while sneezing and if it is rampant people can use masks to cut down on the chances of swine flu.

All precautions exercised during influenza are to be followed during swine flu also; the foremost being cleanliness and proper hygiene; instead of handkerchiefs it is advisable to use tissue paper while sneezing of coughing ; they must be immediately destroyed and not littered around recklessly .

The patient is advised to take complete bed rest at home and should not visit any public place to avoid any further spread ; when coming from outside ,wash your hands well and do not touch your eyes ,nose or mouth/lips without washing your hands.

What to eat /avoid during Swine Flu.

Food items rich in anti-oxidants should be consumed by the patient. They are found abundantly in fresh foods and fruits. They have immunity increasing qualities.

Fruits like pears, grapes, oranges, pomegranates, pineapples and water melons are loaded with vitamins, minerals and anti-oxidants which increase the patient�s immunity powers.

Juice of Gooseberry [amla], spinach and carrots is also very beneficial for the patients; if possible one should consume meat, poultry and fish during the recuperation.

Optimum use of turmeric [haldi], Tulsi [basil] and garlic should be made as they help in increasing the immunity power of an individual.

Take equal quantities of Thymol, Mentha and Camphor and make a mixture of all three together in a vial; take a few drops of the liquid on a handkerchief / tissue paper and inhale its vapors ; it negates the effect of the swine flu virus and also you will not be required to wear a mask when going around in thickly populated public places.

Every day, after having a bath, consume a few Tulsi [basil] leaves; they keep the respiratory tract clean and the lungs healthy and also develop a strong immune system, thereby safeguarding against infections.

An early precaution against swine flu is taking a small tablet of camphor once or maximum twice a month [it should not exceed twice a month]; for children the same can be given in a powdered form; but it should be borne in mind and all precautions taken that the dosage does not exceed more than twice a month.

Twice a day � morning and evening, take a quarter gram of �giloi� with water regularly. The stem of the creeper may be boiled in water and this water can also be consumed after straining it.

Make a concoction of Tulsi leaves, black-pepper corns and ginger —–after boiling it for some time, strain the extract � instead of normal water take this water, lukewarm; it will give dramatic benefits.

Turmeric has a very significant role in the treatment of swine flu � it increases the immunity power and also acts a disinfectant, one should have turmeric in juices or with Tulsi extract in water with rock salt after boiling all three together.

Have half a teaspoon full of gooseberry [amla] powder in half a cup of water twice, daily in the morning and evening � it also increases the immunity of the person.

In areas where swine flu is prevalent .the residents should make a bundle of camphor and cardamoms [5 grams each] and keep it near their head rest � after every hour or two they should inhale deeply the aroma of the bundle; it shall restrict the spread of the swine flu virus.

�Agnikimarask� tablets can be had thrice a day; a single dosage should not exceed two tablets. To safeguard against swine flu purchase �Sulfur-200� from a homeopathic store and consume 4-5 drops twice a day for 5 days; it increases the immunity and if not effected can also safe guard from being affected by the virus.

Friends this site is absolutely free .if you are in any way being benefitted by the contents of this site or you have found the contents and what is being offered on this site as useful then as a token of your appreciation we request you to kindly visit this site as many times as possible and also ask your friends and relatives to do so and benefit from the remedies,tips and advise that is offered ..THANK YOU !!

Tips And Home Remedies for Piles/Bawaseer 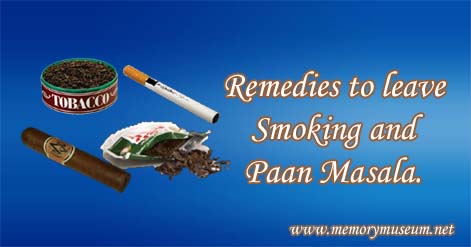